“They can’t stop all of us” is their mantra. Before the storming madness on September 20th, hundreds gathered at the Las Vegas Event Center and Planet 13 Dispensary (briefly named, Area 15) to party and prepare with a night of celestial celebration.

You would think that it was a national holiday the way many dressed for the occasion. From foil cone hats to full alien suits, everyone showed up in an alien related costume.

What started as a joke by former community college student, Matty Roberts quickly turned into a petition signed by millions, pledging to storm Area 51, a highly classified Air Force base located in Hiko, Nevada.

Raiders planned to find out what’s really going on and uncover the rumored extraterrestrial secrets that are hidden behind the legendary Area 51 gate. Although the storming of Area 51 did not occur, the hoopla made for a pretty decent party.

The Alien Stock Fest took place at the Las Vegas Event Center. Hundreds came to rave with a long line up of DJ’s and other alien enthusiasts.

“This event is so our generation.” Says Alien Stock Fest Attendee, Jesse E. “What began as a meme turned into a movement.”

At Area 15, an invitation only event where music, alien themed cocktails, and a surprise visit from “aliens” occured.

Whether these attendees believed in the actual existence of aliens or just came for the green alien jello shots, they all agreed that it was a good time to come together and be there for the shenanigans. 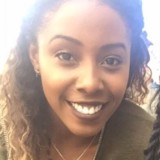 7 thoughts on “A Meme Turned Movement for Local Alien Fun!”